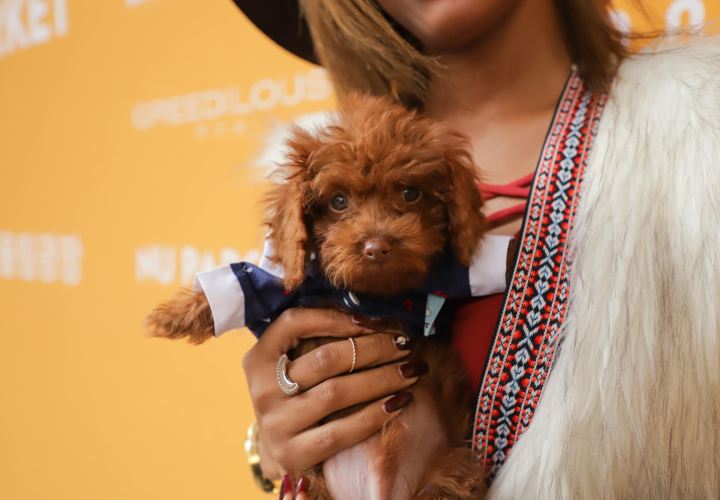 Mans best friend…or so I thought.

Here’s the thing, ever since I first moved to Korea, I’ve wanted to have pets. I’ve always grown up alongside a fury companion of some sort. Be it a dog or hamster (I’ve been through too many to count). Even non furry friends like my turtle, parakeet, and yes, a trio of ducks and a pet chicken.

Being an only child, my mother understood soon in my early years that either she fulfills my desire for attention with a sibling, or she pacifies me with a pet companion. The latter held true throughout most of my childhood.

Of course, having a pet is the norm for many western families. No one bats an eye to the neighbor out walking his two Dobermans or the little girl who has a guinea pig pin in her backyard. My assumptions about pets in Korea prior to moving here was that since it’s a modern first world nation, surely they valued and loved their pets the way we do. I had never really heard anything different except for the cruel overspread stereotype that they cook cats and dogs in Asia. I took that as a grain of salt and my second year in Korea, I blissfully decided it was time for me to welcome a furry companion into my home.

Honestly, within the first few months of settling into my new life in Korea, I ventured to the local large grocery mart known as E-Mart (Korea’s equivalent to Walmart) and “happened” to walk out with a little Syrian hamster I named Mordi. He was technically the first to accompany me on my journey and new life in Korea, and has recently passed away. However, I knew the end goal was a pooch.

A few months later, I ended up with this little guy. Louie Alexander (a.k.a Louis for short). My lovely mini poodle. His ability to make me laugh and yell at the same time is uncanny. Now considering many Koreans live in apartments or villas with neighbors close by, limits them on owning a lot of large sized breeds. Not saying they don’t exist, but they are usually with owners who live out in the countryside. However, I have seen Koreans who are very well-off living in the nicer high-rise apartments from affluent areas own larger breeds.

In my mind, a mini poodle is considered a somewhat boujee dog that’s not really frightening. Plenty of other Koreans own toy and mini poodles. I thought I’d fit right in. This has not quite been the case for me.

Since living here with a dog, I have usually experienced 50/50 polarizing reactions from Koreans. Some absolutely adoring my little guy while we’re out on walks or at the river, and some literally saying curse words towards us just for existing. First let’s begin with some of the more positive encounters.

My bestie and I went on a weekend road trip to Gangneung-si, Ganwagwon-do which is on the east coast of Korea.  We stayed at the famous Gyeongpo beach and enjoyed the scenic sights and chill laidback lifestyle of the community. This was also the first time I decided to take Louis with me instead of board him in a pet hotel. It was a wonderful experience that I’ll detail in another one of my blog posts about how to travel with a dog around Korea.

Long story short, the locals we encountered here were enthusiastic to interact with Louis. We were able to eat dinner at restaurants where the owners had no issues letting us dine with Louis chilling beside us at the table. The elders were super sweet, almost like a little child playing with a puppy for the first time. They would stop and coax Louis over to them and say playful things to him in Korean. It was incredibly refreshing and the first time since living in Korea with a dog that I felt like I was back in my own country experiencing normal interactions with my pet.

My friend and I attributed the pleasant experiences we had with Louis out in Gangneung to the fact that the people who lived there weren’t big city dwellers. It was a semi-touristy beach town, yes, but many of the other travelers were Koreans from other parts of Korea not just other foreigners like us. I also noticed many other vacationers with their small pooches hanging out along the beach and no one was bothering them.

Now don’t get me wrong, I know not everyone is going to be a dog lover or maybe people react a certain way because they have allergies. That’s totally fine. I’m the same way with cats honestly. But will I go out of my way to yell at or condemn another cat owner with their pet? Of course not! I could care less so long as I’m not being physically assaulted by the animal. Considering that I am a guest in their country and a foreigner that has decided to take on the responsibility of pet ownership, I made sure to train Louis in his formative months to not bark in the apartment, potty outside and I clean up after him, socialize him early with other dogs and people so he’ll have the interaction skills. All so that I’m not offending anyone by the actions of my responsibly. With that being said, here are the more negative experiences we’ve had.

When Louis was a tiny little puppy, I had him zipped up in my winter coat and only his bobble head was peeking through my coat near my chest. We were heading somewhere, and I boarded the subway like I had always done with him. While standing to the corner of the cart minding my own business, a middle-aged Korean fellow who was sitting a seat over from where I was standing, caught sight of Louis zipped up in my coat. This was around the time when Louis was still sleeping most of the day, and any motion like taxi rides or subway rides caused him to pass out fast asleep. He wasn’t barking or moving around and unless you were close enough to us, you wouldn’t have even noticed that I had a puppy with me.

This man made the effort to move to the end subway seat nearest to where I was standing and then make a commotion. He kept saying in Korean the sound that is translated to the equivalent of the “S” word. Then he would utter that I was a bastard and that the dog was trash. People around him quickly got uncomfortable and I played dumb acting like I couldn’t understand what he was saying as well as putting in my headphones. Others probably wrote the man off as having a mental condition because I was acting completely unbothered and he was the only person on that side of the cart complaining.

The rules for traveling with pets on the Seoul Metropolitan system is that they should be in some sort of carrier or restrained. I’ve seen people just hold their pets if they’re not traveling very far, and I’ve seen people with the sling puppy bag carriers, and the doggy chest straps. Usually, so long as your dog isn’t messing on the train, barking, or prohibiting other passengers from riding, no one cares. I wrote that experience off as the man just being grumpy and maybe had it out for foreigners in general.

I’ve also had numerous instances where I’ll get onto the elevator with Louis in my own apartment building for crying out loud (which is pet friendly and there’s even a vet clinic/hotel on the lobby floor of my officetel building) and some people scoff at me or act super surprised that I had the audacity to enter the elevator with my dog. WTF! Plenty of other Korean tenets ride the same elevator with their dogs and no one bats an eye. Louis walks on normally and sits down next to my feet until we’ve reached our floor.

I’ll never understand why some locals respond to us like Louis is a Rottweiler, Pitbull, or Great Dane. It would be more understanding due to the fact that many Koreans have no experience around larger breeds and would therefore be weary and afraid upon first coming across another owner with one. But Louis is a non-aggressive mini poodle that thinks he’s human and loves interacting with humans. I keep him leashed of course and careful to not have him excitedly jump up onto unassuming people standing or walking by.

Nowadays, I find it funny how the same people who live in my building and see me come and go with Louis on the regular, still have these reactions to us.

One time, I tried to hail a taxi via Kakao taxi app, and after a few minutes he pulled up. I had my dog with me and usually they don’t care or notice that he’s with me since he’s so quiet during the ride. However, this taxi driver unlocked his doors, and once I was about to open the back door, he suddenly locked them again. He saw the leash I had Louis on and yelled out the partially lowered passenger side window that I can’t enter and then he sped off. I was shook. This definitely was the most dramatic taxi encounter I’d had.  It was incredibly rude the way he went about turning me away. If he was allergic, he could have mentioned it, but instead he burned rubber quicker than a robber fleeing the scene of the crime. Thank God the next taxi I hailed was a kind and enthusiastic gentleman who even would play with Louis when idled at red lights.

These are just a few memorable experiences of many. After sharing these stories with my Korean friends, they often say that Korea has only recently come into an era where pets such as dogs are viewed as friends and not food. This past year, a south Korean court ruled that the killing of dogs for meat is illegal. And just this month, the last three dog-meat facilities in Seoul have agreed to close after a yearlong campaign working with local officials. This of course does not mean that all Koreans actually ate dog meat or supported the practice, but this ruling is definitely a leap in the right direction. The answer as to how the practice of eating dogs in Korea began is a deep subject for a whole other blog post.

For the Chelseable future, I will continue to shower my fur babies with love. Yes babies. My husband and I recently adopted this sweet little Jindo from a kill shelter. The Jindo breed is Korea’s nationally recognized dog, yet is most often found at kill shelters or used for meat slaughter. Hopefully the life we provide her will inspire other Koreans and foreigners here in Korea to treat their pets with love and respect.

Let me know your thoughts and experiences about the topic and be sure to subscribe to my blog for more content!

2 thoughts on “It’s A Doggy Dog World in Korea”

What are you looking for?